"Earlier this year, Raviv added a line to her résumé that most new designers only dream of: Her work was featured in the Met’s ‘Manus x Machina’ exhibition", wrote the editors of international fashion magazine Vogue who named Noa Raviv - a Department of Fashion Design graduate - one of the "16 Young Designers Who Won 2016".

Raviv stars in this prestigious ranking alongside the most prominent young designers in the international industry "who bring fresh originality, and whose names are worth remembering into 2017". 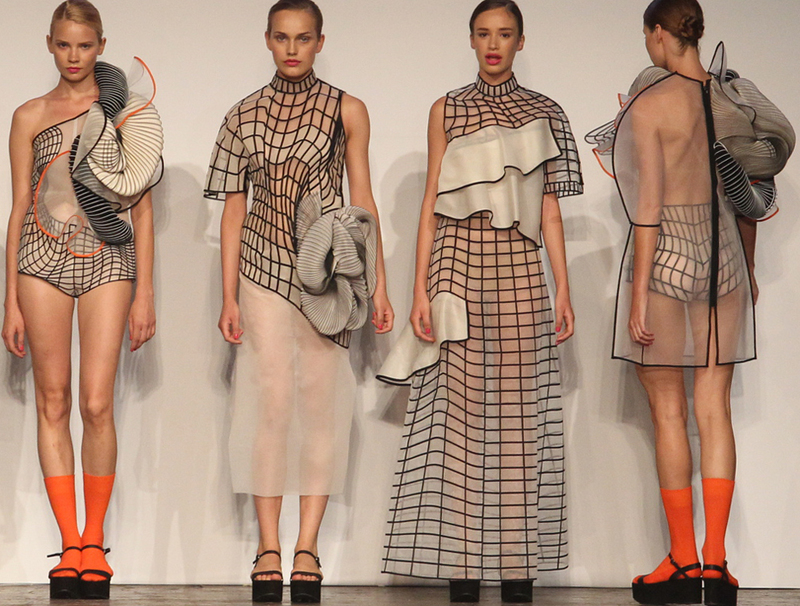 Raviv's spectacular graduate collection, which was revealed at the 2014 graduate fashion show, gained high praise and she won the Fini Leitersdorf Excellence Award and the award for "Best Fashion Designer of the Year" at the prestigious international 3D PrintShow competition.

Under the title "Hard Copy", Raviv engaged with the question of the value of an original object in an era of duplication and replication. Using 3D software she created distorted digital images that were processed into material and became a metaphor for the meaninglessness of “origin” and “truth” in today’s technological reality. She plisséd the items and used a special coloring technique, 3D laser cutting software, and 3D printing.

[Top of the page: Items from Raviv’s new collection. Off Line PR]