We were pleased to host the British Ambassador to Israel, Mr. Neil Wigan, for an introductory visit to Shenkar.

The ambassador met with senior members of management at Shenkar – Orit Efrati – chair of Shenkar’s board of trustees, and professor Sheizaf Rafaeli, Shenkar’s president, for an introductory conversation about Shenkar’s activities throughout the year, plans for the future in sustainability and innovation, and a tour of the departments. 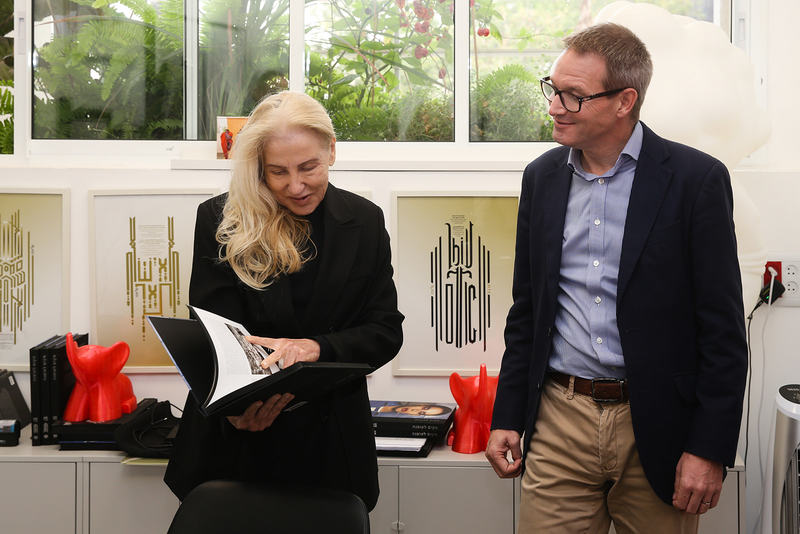 A product designed by graduates of the Department of Industrial Design has been picked up for the new series by Ridley Scott!