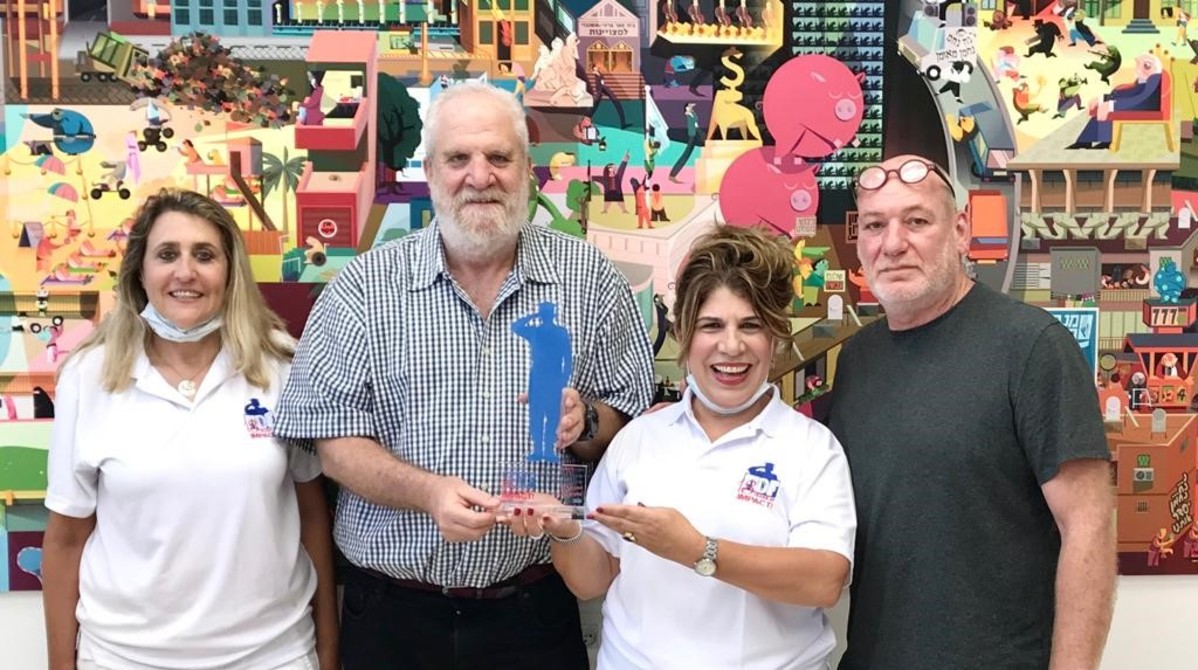 This past week a unique (and sadly curtailed, due to the Corona pandemic) ceremony took place at Shenkar for the IMPACT! Scholarship Program – a charitable program run through the FIDF (Friends of the IDF) in the United States. During the ceremony, the manager of the program, Orna Pesach, granted a medal of distinction to the President of Shenkar, Prof. Sheizaf Rafaeli, to celebrate the 18 years of the program operation.

Since the program's commencement in 2002, scholarships have been awarded to approximately 16,000 students to the sum of over $185 000 000. The IMPACT! Scholarship Program, was founded through the FIDF in recognition of the combat soldiers for their dedicated military service, which contributed to the safety and security of the country. The scholarships are handed out to discharged soldiers who participated in direct combat duty, as well as those who supported the combat soldiers in the field. These soldiers come from disadvantaged economic backgrounds. The size of the scholarship reaches $4000 per academic year, with each recipient being funded by a personal donor, who accompanies the recipient throughout entire period of Bachelors studies.

To this date, program scholarships have been awarded to approximately 174 Shenkar students totaling in 2.3 million dollars.

"The contributions of the FIDF and IMPACT! on our students are heartwarming and very important. The college and its students are extremely grateful for this generosity, and are pleased with the connections that have been created between the donors and students. We are also proud of the achievements of our graduates, which wouldn't have been possible without these donations."

Orna Pesach, Program Manager of IMPACT! of the FIDF, added:

"Each and every one of our beneficiaries chose to complete an impactful combat military service and to contribute to the safety and security of the State of Israel despite their economic challenges at home. The IMPACT! Scholarship is our way of saluting them, thanking them, and helping to build their future. I would like to thank Professor Rafaeli and Shenkar as a whole for their outstanding cooperation and for a very moving meeting. I am confident, that together, we can continue to realize the dreams of many more combat soldiers going forward."

Haaretz: From Shenakr to the Met