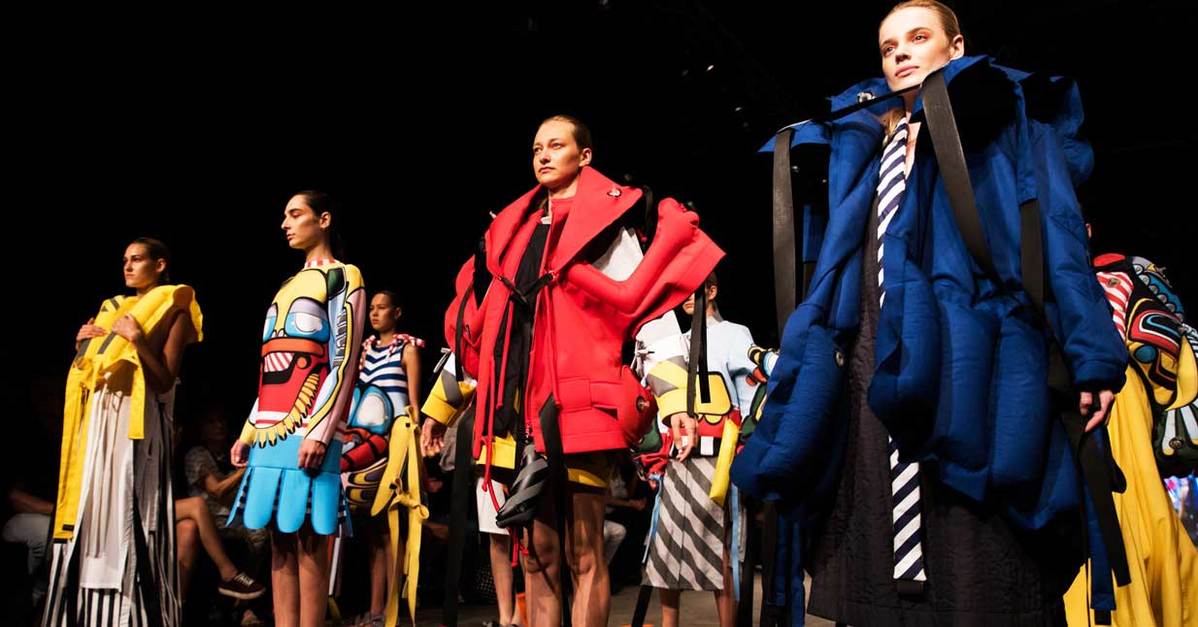 In the international top ranks: The Department of Fashion Design climbed up to 10th place in the annual ranking of the world’s best fashion design schools by prestigious international magazine Business of Fashion. The Department’s rise by one rank from its ranking in 2015 attests to its recognition and the establishment of its status, considerably ahead of prestigious and renowned institutions, including ESMOD International in France (ranked 15th), and Istituto Marangoni in Italy (ranked 30th). Thus the Department also had gained an unprecedented achievement in Israeli academe, holding the highest rank held in the international arena by any department in any field.

"Shenkar offers degrees across a unique blend of academic categories in art, design and engineering. Shenkar’s fashion program spans across four years covering all aspects of the design process", the editors of BoF stated in their reasons for selecting Shenkar, stating that “over 80 percent of students expressed they were satisfied with the quality of their work placements, and overall were very satisfied with their peers and teachers”.

President of Shenkar, Prof. Yuli Tamir, and head of the Department of Fashion Design, Mrs. Leah Perez-Recanati, welcomed the announcement of BoF’s ranking, saying that “this constitutes an official and reasoned confirmation of the wonderful achievements of the Department, the faculty, the students, and the alumni”.

According to them, “winning international competitions, the participation of heads of the world’s best fashion design departments in the reviews and graduation shows, and the fact that talent scouts from H&M, Inditex, and Hugo Boss come to Shenkar, all constitute further confirmation of the Department’s high standard and the interest its syllabus engenders around the world”.

Business of Fashion, one of the most prominent and important websites worldwide, which engages in the economic and technological aspects of the fashion industry, has set itself the aim of establishing an objective data set to compare academic institutions from different countries.

This year BoF’s ranking has expanded to include 54 institutions across 17 countries, with more than 10,000 students and alumni participating in the highest echelons of the international industry. Topping the list are renowned, longstanding institutions, some of which also grant a Master’s degree in fashion, headed by Central Saint Martins and Kingston University in the UK, Aalto University in Finland, and Royal Academy of Fine Arts Antwerp in Belgium.

Dozens of leading institutions around the world were examined in accordance with a variety of criteria, including their syllabus, integration of alumni into the industry and their influence on it, international awards, student satisfaction, and grades attained on completion of their studies in the institution. In the overall weighting Shenkar’s Department of Fashion Design scored 75.5%, taking into account the various measures and the professional opinions of leaders in the industry and academe, alumni, and students.

The Department of Fashion Design at Shenkar, headed by Leah Perez, is one of the most respected in the fashion world, and every year its graduates are accepted to positions and internships with the world’s leading designers, they participate in prestigious exhibitions, win awards, and gain recognition. It was recently ranked ninth in the annual ranking of best fashion schools in the world on the Fashionista website.

Ilan Beja - Head of the Department of Fashion Design