MDes Students Participated in an International Workshop in Köln

A delegation of MDes students participated in an international multidisciplinary workshop at Köln International School of Design (KISD) in Germany. During a week packed with events and experiences they met students from all over the world, talked to designers, artists, and researchers, heard fascinating lectures, and became acquainted with the local culture, history, and tradition.

As part of a course entitled "Forum Without Borders: Interior, Body, Space", led by Mr. Itzik Rennert and Prof. Deganit Stern Schocken, the students left the boundaries of the space where they create and experienced new aspects and layers of the concepts and ideas they research and study.

Köln International School of Design offers an unconventional academic approach: Master’s degree studies are not delimited in the familiar framework of departments, and enable the students – who come from different disciplines and institutions around the world – to choose which courses to take and build their own curriculum.

"The winds blowing at KISD are consistent with the ideas we are promoting in Shenkar’s program, so the collaboration between the institutions is only natural", said Rennert, head of the MDes Program, and added: "the visit to KISD constitutes part of strengthening our ties in the international arena and promoting projects that cross physical and ideational borders". 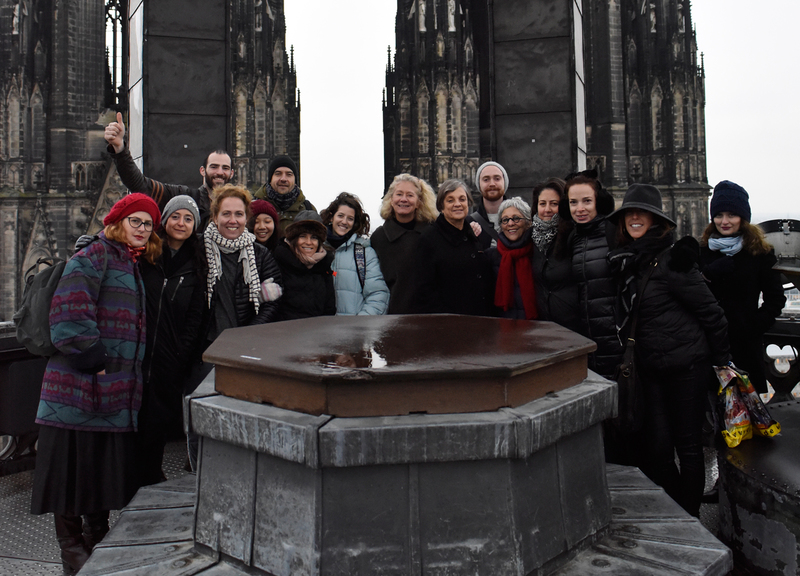 During the visit the Shenkar delegation met with Prof. Michael Erlhoff, an expert on design theory and history, who founded the school in 1991 under the aegis of TH Köln, the leading university of applied sciences, and heard about the academic philosophy that guides him and on which the unique model he established is based. They also met with Prof. Birgit Mager, one of the pioneers and leaders of the innovative field of service design, who recently visited Shenkar and gave an international workshop.

The entire workshop program was built by the hosting students from Köln, for whom this constituted an academic practicum that gained them credit points: “Even the preparation of the joint meals was an academic exercise”, Rennert relates. Accordingly, every day the members of the Shenkar delegation were given humoristic challenges that aimed to acquaint them and bring them into contact with the city, the culture, and the society. Thus, they had an opportunity to sample the local mulled spiced wine, Glühwein (and keep the glass as a souvenir), practice introductory phrases in German, and talk with the city’s residents about life.

Shenkar’s tribute to our colleagues in Köln:

During the workshop the students visited the studio of fashion designer Ilse Stammberger who works from a social and sustainable approach, and a conceptual artist who engages in his work with lines and their different meanings. A fascinating glimpse into the issues with which the city is contending was provided during a visit to the local drainage and sewage plant where they discovered that the main environmental challenge facing Köln is excess water!

In the city’s brewery where Kölsch, the beer identified with Köln is brewed, the students encountered the old, traditional Germany, to which they were exposed in a guided tour of the spectacular museum of religious art, The Kolumba, which is built on the ruins of an ancient church. The colorful Christmas markets provided them with an additional taste of life in Köln, which they seasoned with an unusual view of the city from the high roof of the famous Cologne Cathedral.

At the height of the workshop President of Shenkar Prof. Yuli Tamir joined the delegation and had an opportunity to absorb the atmosphere and witness the immediate connection formed between the Israeli students and their counterparts at KISD. Filled with experiences and ideas the delegation returned to their home at Shenkar where they are continuing to formulate their research projects, which will be presented at the end of the semester and lead them onto their research degrees.