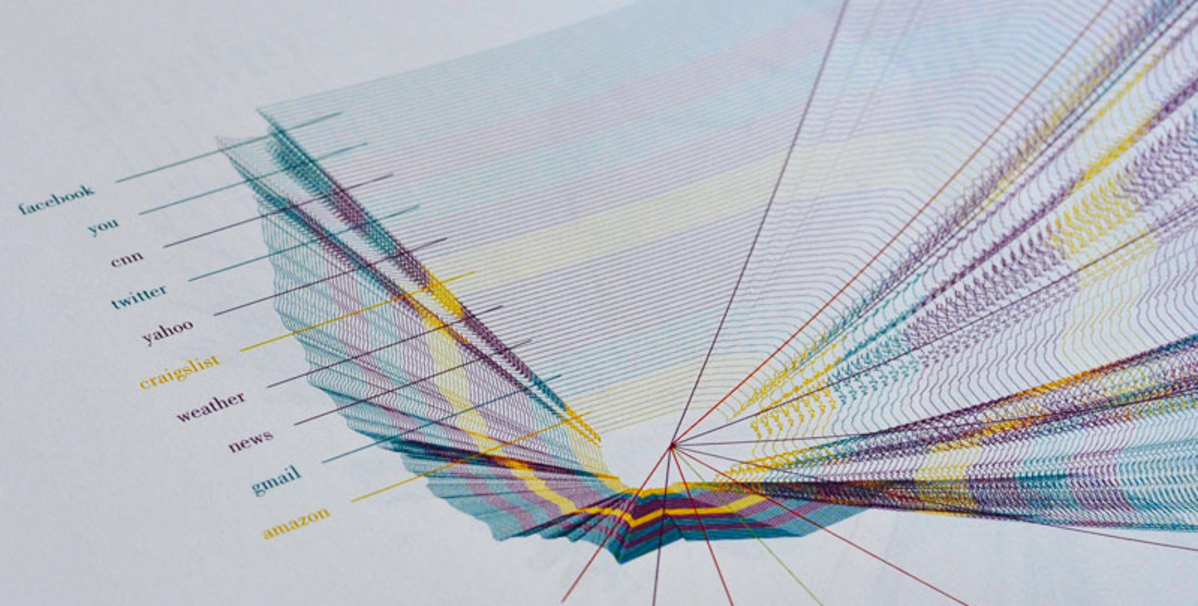 In the last few years visualization has emerged as a potent methodology for exploring, explaining, and exhibiting the vast amounts of data, information and knowledge produced and captured every second.

Researchers and practitioners in visual design, human-computer interaction, computer science, business and psychology aim to enhance the facilitation of knowledge transfer among various stakeholders, and develop methods for the reduction of information overload and misuse. This is vital in the current knowledge economy, where knowledge has become crucial for gaining competitive edge, especially in public policy, scientific research, technological innovation and decision making processes.

Yet, what is gained and what is lost in the transition from data, through images, to insights? What are we taking for granted in the mechanization of statistical image making? And how can we better structure the roles of machines in the creation of visualization, and humans in its interpretation?

The conference objective is to bring together engineers, designers and psychologists to articulate a comprehensive view of visualization which encompasses engineering concepts, psychological benefits and design aesthetics.